Challenging Unrealistic And Self-Critical Thoughts: Shifting Your Thoughts To Realistic and Believable Alternatives 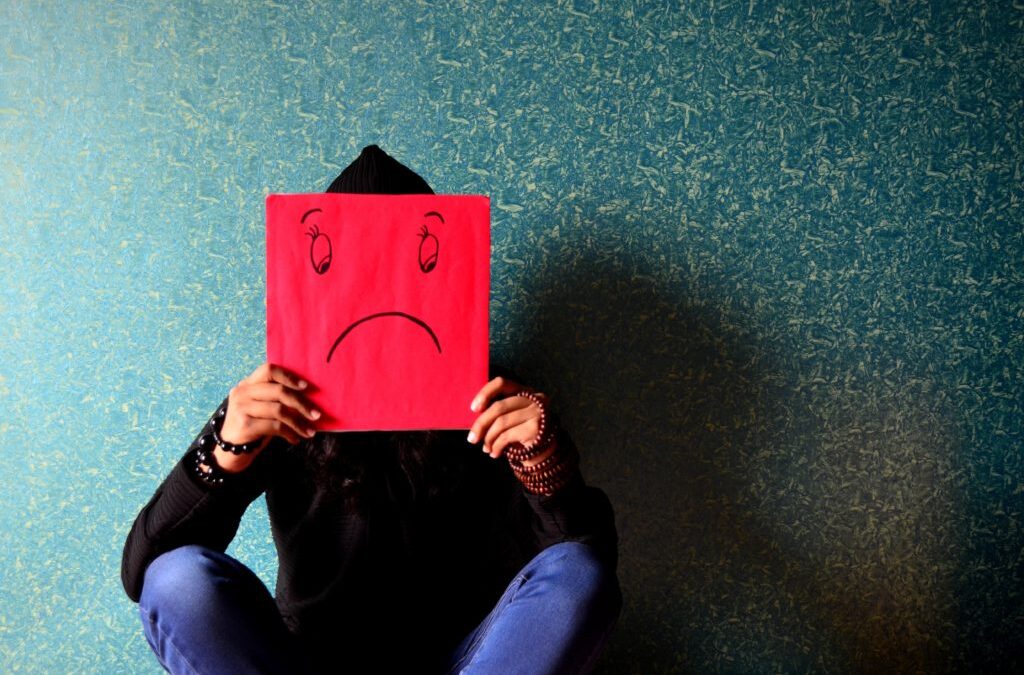 It seems fair to say that many thoughts we often tell ourselves are things we would never tell someone else if we were talking to a friend, loved one, or even a stranger. Even when in a conversation about a similar situation someone has been in, sharing a fear we have also experienced, or having had thought similar things as what another person is sharing with us, we tend to be more supportive of, compassionate towards, and believe in others more frequently and more easily than we do ourselves. It sometimes feels as though we are wired to think most critically of ourselves, consistently expect more from ourselves, seek perfectionism, and not internalize or believe compliments when they are thrown our way.

So where do these harsh and unpleasant thinking patterns come from? There are many possible answers to that question, but perhaps they come from a combination of; our environment, a lack of compliments or validation from others, a long history of thinking that way, other people agreeing with us just to be supportive, things we have told ourselves to attempt to cope with something stressful or get through difficult times, etc. The list goes on, but if we can learn to catch those unhelpful, unrealistic, or unsupportive thoughts when they pop up, work with them and challenge them in the moment, and then replace them with more reality-based thoughts, we can begin to shift our thinking patterns over time to automatically be more helpful, more realistic, more effective, healthier, and most importantly, more believable.

Thoughts and opinions…. two things most of us tend to have a plethora of and two things that often become each other. While reality is that some thoughts we have can certainly be facts, they can also sometimes purely consist of our opinions. An important reality is that just because we think something and believe it to be true, does not make that thought true, realistic, or a fact. A lot of critical and harsh thoughts we have about ourselves are opinions and the best news about opinions is that they are not always true or facts.

So how do we begin to separate opinions from facts? Being human we tend to think in patterns and over time thought patterns become more automatic the more we allow ourselves to travel down them. If you can imagine that your mind is like a jungle and to get from point A to point B within that jungle, you must first create and clear a pathway to travel down. Over time, it feels easier to continue to travel down the same path as we have already spent time and energy cutting down all the weeds and making that path the most clear and efficient way to walk down. Once well established, we may forget that we once had to even create this path or that the option to create a new more effective or healthy path is always there. We simply must choose to do something different and challenge ourselves to take a different route. Our mind and thinking styles can very much work in the same way.

Within our patterns of thought tend be some unhelpful thinking styles that everyone as a human has thought in at least one time in their life. For many of us, we tend to think in at least two to five of these ways automatically and often undetected. Our thoughts tend to gravitate towards these thinking styles as they become what we are used to, are comfortable thinking, and become more natural or automatic. Learning to identify the unhelpful thinking styles, also called “cognitive distortions,” or thoughts “warped from reality” we often so automatically think in allows us to begin to become more aware of the things we are telling ourselves and catch those unhealthy or unhelpful thoughts faster. Once we are aware of what we are thinking and acknowledge the things we are telling ourselves, we can then begin to apply a variety of coping skills to challenge and change those thoughts. The first and most important step however is building awareness and allowing yourself time to really acknowledge and think about the automatic thoughts that pop into your mind in any situation. To work with and change a thought you must be able to identify that you are having the thought.

Sometimes we just need a break from pesky, painful, critical, or frightening thoughts in our mind. Visualizing a stop sign, visualizing yourself holding up your hand to stop, thinking the word “STOP,” or verbally telling yourself to “STOP” out loud can temporarily give you a break from those thoughts that keep running through your mind or that you may be ruminating on. Breaking up that cycle and giving yourself some space away from that thought is a great way to begin to challenge automatic thoughts and those that fall into unhelpful thinking styles. Sometimes giving ourselves a few minutes to think about something else gives us some new perspective, logic, or allows us to place less significance on that thought if it does return and possibly spend less time in that thought.

Being able to think logically and realistically without the need of others’ perspectives, opinions, or reassurance is a skill that is not only healthier, but more useful anywhere, anytime. It can increase our own self-confidence in validating what we are thinking and what we are feeling and allow us to better sort out our opinions of ourselves from facts about ourselves. Asking yourself these three questions when an unhelpful, unpleasant, or distorted thought pops up in your mind can allow you to test that thought against reality;

1) Who says so? – I would guess that 9 times out of 10, you are the one telling yourself that you can’t do something, or something is not going to work out, not your friend, peer, parent, teacher, or boss.

3) Would it hold up in a court of law? – This may sound a little dramatic, but if you took your situation, the thoughts you have convinced yourself to be true, and the evidence that supports and does not support your thought, could a judge pound that gavel or a jury determine your thought to be a fact based on both sides or pieces of evidence you have presented. If not, then we must allow ourselves to let that thought go. Stopping a thought or letting it go does not ensure that it will never return, but it does mean that we have now given ourselves a little freedom and space away from that thought. It also means that next time we think that thought we have begun to pave a different thinking style or route to a healthier thought. When you get into the habit of going through reality tests on those thoughts that tend to frequently pop up in your mind, you have already taken the time to determine that such thoughts are not based in reality, are unhealthy, distorted, or simply are a matter of opinion and not of fact.

More often than not we hear the phrase “just think positive,” or see frequent messages about thinking “happy thoughts” and while the idea sounds great in theory, it is not always a realistic goal for many people just beginning to actively challenge the way they think. Like anything, our thoughts tend to fall on some spectrum or scale from super negative to super positive. While falling on either end is not necessarily better or worse than the other, staying on either end much of the time is not always realistic, no matter how comfortable it feels to us.

Shifting our thoughts even just a little towards the middle of that scale can make our thoughts more neutral, realistic, and again most importantly, believable, something we can actually buy into and tell ourselves after we have considered some reality and other possibilities outside of the opinion we had told ourselves was indeed a fact. Then rephrasing that thought to include some qualifying words or words that leave room for other outcomes or possibilities, such as; may, maybe, could, possibly, might, etc. We must remove those “factual” or definitive words, like; will, never, always, is going, etc. from what we tell ourselves to include the rest of reality and remind ourselves that we do not have a crystal ball and do not know exactly what is going to happen.

Changing thoughts and thought patterns takes time and practice, but the more we are aware of what we are telling ourselves and attempt to challenge thoughts against reality, the more power and confidence we can find in controlling how we talk to ourselves and ultimately how we view ourselves.